A film by Michal Waszynski

Two young men who have grown up together betroth their unborn children, ignoring the advice of a mysterious traveler not to pledge the lives of future generations. Years later, one father forgets his vow and betroths his daughter to a rich suitor. Along comes the friend’s son, but he and the others are unaware of the promised union. The girl and the boy fall in love, and when marriage proves impossible, he invokes mystic evil forces that kill him. His ghost and his voice, however, seize the young bride on her wedding day. 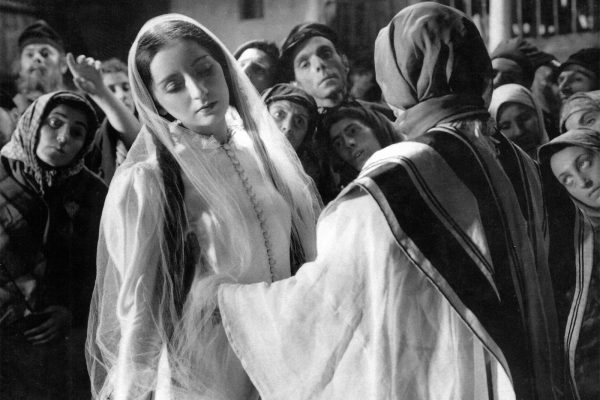