HELMUT NEWTON: THE BAD AND THE BEAUTIFUL

A film by Gero Von Boehm

Women were clearly at the core of legendary photographer Helmut Newton’s work. The stars of his iconic portraits and fashion editorials – from Anna Wintour to Grace Jones, Charlotte Rampling to Isabella Rossellini – finally give their own interpretation of the life and work of this controversial genius. A portrait by the portrayed. Provocative, unconventional, subversive, his depiction of women still sparks the question: were they subjects or objects? 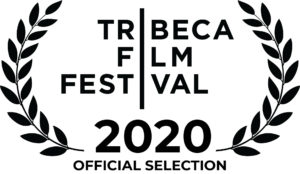 “"An engaging and surprisingly playful documentary about the man who was arguably the most transgressive photographer to emerge from the 1960s and '70s. Captivating."”

“"Delights in its hero's troublemaking side and urges viewers to look beyond his pictures' surface sexual politics. Fascinating."”

“"A vivid, if hagiographic dive into the career of the 20th century's most iconoclastic fashion photographer. Unexpectedly moving, a nostalgic time capsule of an art-world rebel whose unorthodox methods and decidedly politically incorrect vision couldn’t exist today."”