A film by Del Kathryn Barton

Blaze, a young teenager, is the sole witness to a shocking crime. Struggling to make sense of what she saw, she unleashes the wrath of her imaginary dragon. 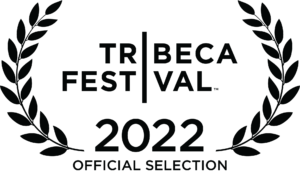 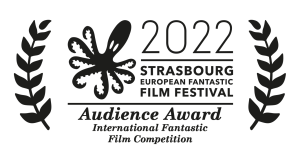 ““The visuals radiate with originality. A dazzling combination of digital and practical effects represent the interior world of a survivor. A traumatized preteen outgrows her imaginary dragon in magic realist coming-of-ager. Blaze marks the feature directing debut of a distinctive new voice: the fine artist-turned-filmmaker Del Kathryn Barton. Produced by Australian elevated-horror shingle Causeway Films (The Babadook).” This is a #MeToo-era movie using the kind of cultural conversations the movement has made possible to explore the idea that violence perpetrated against one woman amounts to violence against all.” The experience is so cathartic, one suspects that Blaze serves much the same function for the artist: something she had to get off her chest to move forward. Watch out, world, for whatever comes next.” ”

““Del Kathryn Barton’s feature film debut will take your breath away. Confrontring and audaciously crafted. A hot, sticky, trippy fusion of wild style and painfully genuine emotion. A comparable production to Benh Zeitlin’s Beasts of the Southern Wild in its mixing grim reality with youthful flights of fancy. An intensely excellent performance from Savage, who brings so much to the table, terrifically portraying resoluteness amid inner turmoil and projecting a challenging range of emotions. An anchoring presence. ””

““A masterpiece. Profoundly generous and empowering. Emotionally confronting but ultimately mesmeric, a spectacular achievement hung on a remarkable performance by the incredible Savage. Barton may be a first-time feature director, but she has a solid grip on complicated material. As an artist who has undergone trauma, she never loses sight of the possibility of healing through art. This astounding film thrums with her intricately joyful paintings and their almost cosmic, maternal energy. The stop-animated and physical puppetry sequences are mesmerising. ” ”

““Channeling moving coming-of-age fantastical films such as Where the Wild Things Are and A Monster Calls, Tribeca selection BLAZE puts rape culture in its crosshairs through the lens of an emotionally damaged 13-year-old child. Gorgeous, creative visuals, layered scripting, and a stellar feature debut from newcomer Julia Savage make BLAZE a captivating and stunning vision that calculatedly tugs at one’s heartstrings. BLAZE will no doubt go down as one of the best films to emerge from Tribeca, and certainly a terrific effort from these female creatives.” ”

““A film that needs to be seen. It’s intensely driven visuals and gut wrenching story will have you at the edge of your seat, giving way to an incredible feeling of catharsis and release. Savage is a dragon in her own right, blazing through the film in a fiery showcase of strength, vulnerability, and acting prowess that makes her one to watch in future films to come. The visuals of Blaze are fully encompassing, giving viewers a visual representation of both hope and strength, that for all the trauma and devastation in the world, there are those who will rise. ””

““An inexplicably beautiful film. An emotional visual punch showcasing a surreal literal and internal life that never relents. Barton's vision transcends the aesthetic, traversing imagination, emotion and sensory experience — and takes the viewer along on the journey. Bolstered by a powerful soundtrack, gripping visuals and a haunting storyline, Blaze is a must-watch.””