A film by Stéphane Brizé

Despite heavy financial sacrifices on the part of their employees and record profits that year, the management of Perrin Industries decides to shut down a factory. The 1100 employees, led by their spokesman Laurent Amédéo, decide to fight this brutal decision, ready to do everything to save their jobs.

“A story worth telling, well told, the aptly named At War takes a wrenchingly intimate look at hundreds of French factory workers fighting to keep their jobs, with solidarity and conviction as their main weapons against cavalier corporate overlords. Ripped from the headlines, keenly researched and carefully crafted, this fictional tale has near-universal resonance. Although every word is scripted and every camera move pre-planned, the impression is of authentic situations springing spontaneously to life.”

“Another stellar Vincent Lindon performance, [who] adds another rivetingly real characterization to his muscular everyman repertoire. Cinematographer Éric Dumont’s handheld, impeccably vérité images exercise a kind of cinematic socialism. At War gives Lindon another opportunity to wear the undersung virtue of ordinary, rough-hewn decency the way a superhero might wear a cape.”

“Vincent Lindon in a potent lead performance. Feels closer to Ken Loach or to early Paul Greengrass, depicting the plight of laborers with a gripping, handheld verve. At War feels much closer to documentary than fiction — and the movie itself less like a workplace drama than the chronicle of a soldier in the heat of battle”

“The reaction of 2,000 spectators in Cannes' largest cinema hall was overwhelming; no film had received such ovations for a long time.”

“If anyone had a doubt, Brizé confirms the extraordinary director that he is, able to deal with different stories each time with an appropriate, coherent and powerful performance. Vincent Lindon’s acting is monumental”

“Stéphane Brizé and Vincent Lindon are fast becoming the Scorsese and De Niro of French social realist cinema. At War isn’t some one-note or cartoonish I, Daniel Blake rant against the system, it’s a far more nuanced drama fronted by another sterling performance by Lindon, who disappears completely into his role as chief strike leader and could earn him another Best Actor award after his 2015 win for The Measure of a Man. Brizé masterfully directs these scenes with predominantly handheld camera, shallow focus and medium shots, all designed to keep the tension constant and riveting. The music, too, blasts with foghorn intensity and occasionally uses pounding drums to further evoke the sense of warfare.”

“An astounding, committed and furious film performed by amazing actors full of truth”

“An incredible emotional power, based on real-time narration, punchy dialogues and breathtaking shots.”

“The French know how to fight for their rights and Stéphane Brizé knows how to make a protest film… Suffocating, in a good way. Vincent Lindon is one of the best actors on planet.” 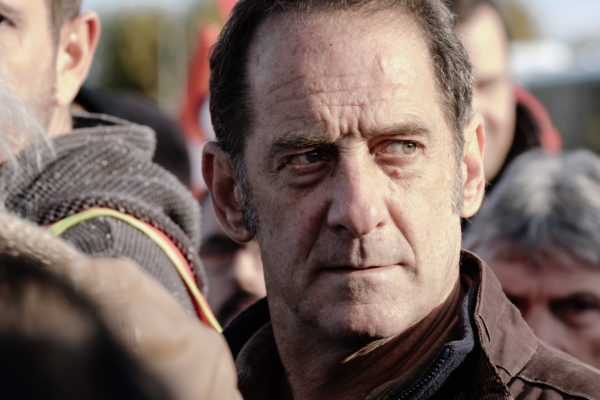 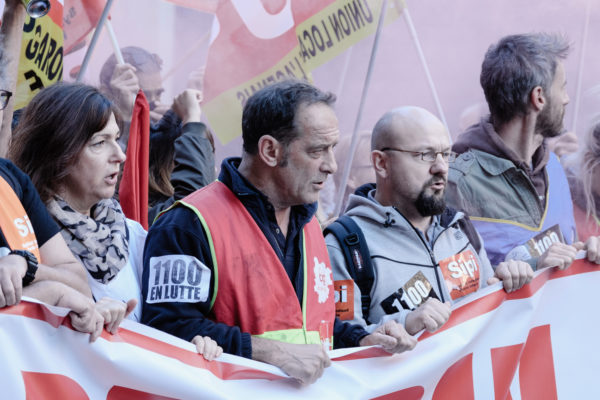 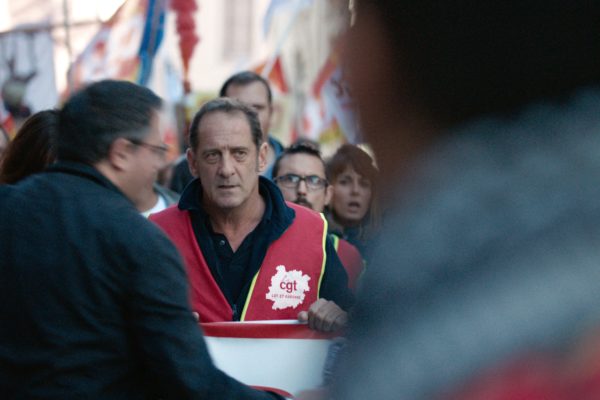 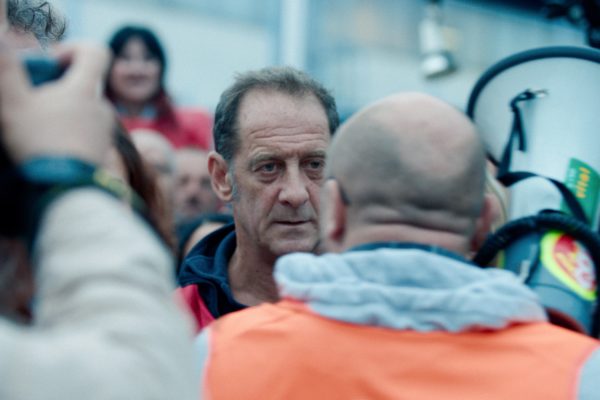 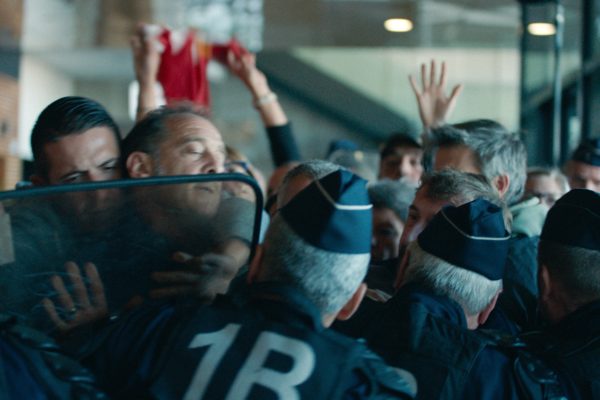 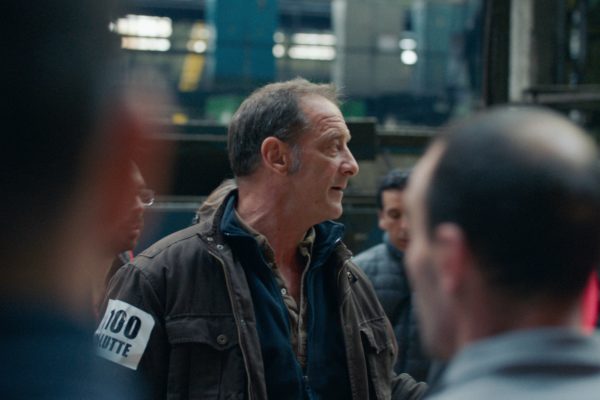 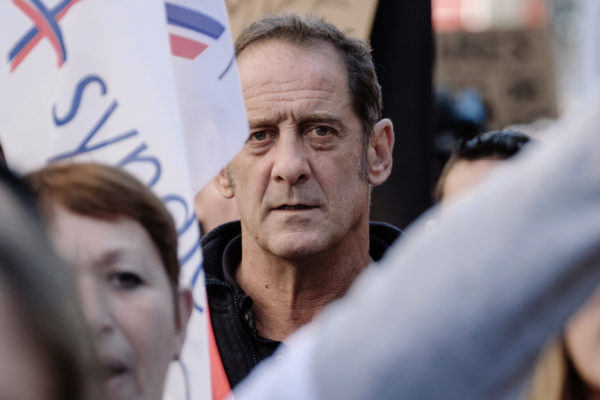 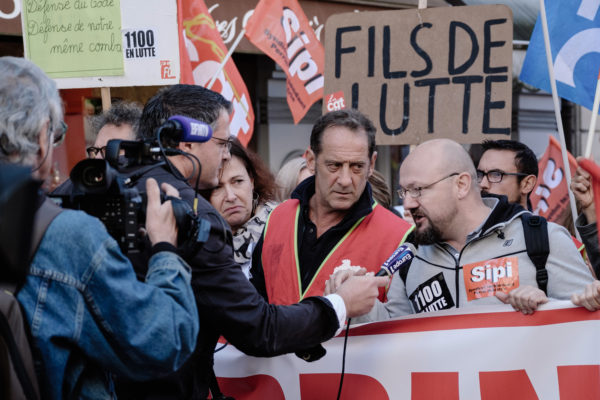 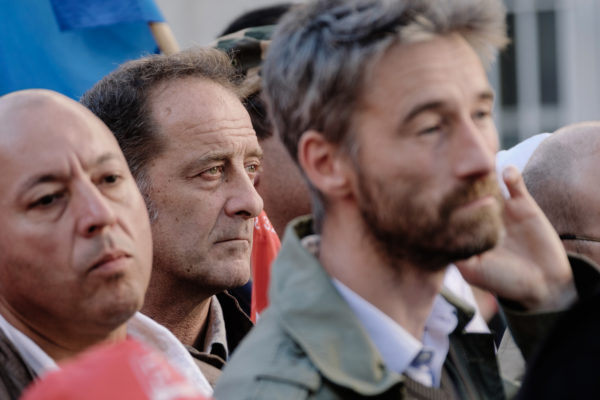 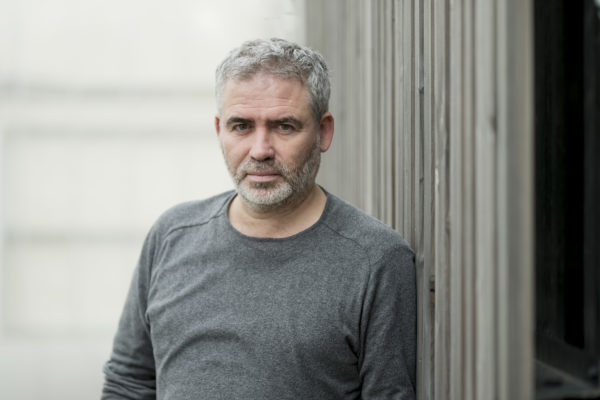 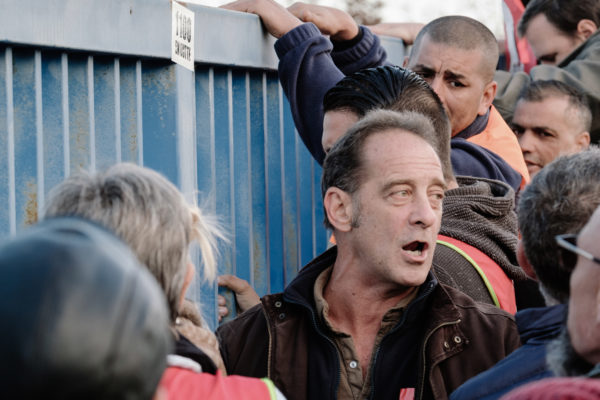 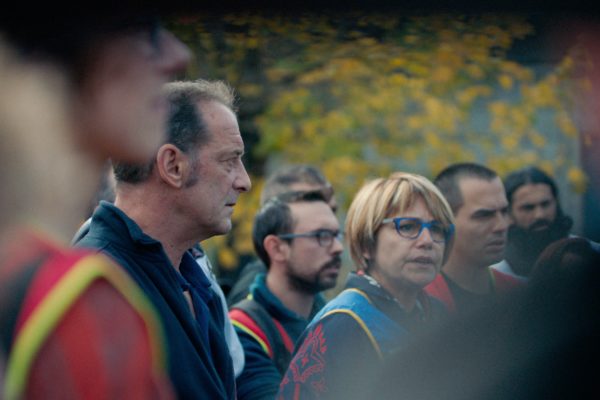