A film by Carla SIMÓN

As far as they can remember, the Solé family have spent every summer picking the peaches from their orchard in Alcarràs, a small village in Spain. But this year’s crop could be their last, as they face eviction. The new plans for the land include cutting down the peach trees and installing solar panels, which causes a rift within the large tight-knit family. For the first time, they face an uncertain future and risk losing more than their home. 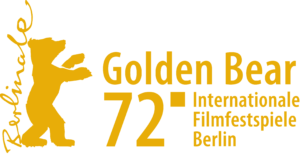 “This Spanish Garden of Eden hits alluring notes - the ripeness, the colour, the endless days of summer - yet is also a profoundly authentic and moving contemplation of the fragility of family, and, again, childhood. This has all the hallmarks of a very specific film with emotionally wide appeal, a thoughtful essay which can also rattle and hum. Simón focuses solidly on the earth, and those who work it. Her camera is often grounded. She’s using a farm in crisis and the loss of the old way of life to examine society’s fractured relationship with what nourishes it. But she’s also delivering a tender portrayal of an extended and deeply loving family network which starts to crumble when faced with the loss of its roots. Just because this is a highly natural piece doesn’t mean that Simón is averse to creating fireworks. Working closely with editor and DoP she carefully calibrates her piece.Simón’s story is serious, as a protest from local farmers who destroy their crop demonstrates. And it will be taken seriously, even though, like life, there are so many moments of levity amid the difficulties. How she and her cast make those transitions fluid - stillness to sheer energy, despair to humour - while keeping every moment feel real is the real skill of Alcarràs. It’s quite remarkable that this is only her second film.”

“A beautifully observed, richly inhabited ensemble drama. Catalan writer-director Carla Simón confirms the promise of her debut Summer 1993 in this poignant, rippling study of an extended family being forced off their farm. Her follow-up shares and builds on many of that film’s virtues, from her subtly textured, fully inhabited evocation of place to her sure hand with non-professional actors. It confirms the strength and consistency of Simón’s directorial voice. This lovely, bittersweet agricultural film balances a bristling political conscience against its tenderly observed domestic drama. Simón may have moved on from autobiography in her graceful, gradually devastating sophomore effort, but we sense many a true story told in its quiet tragedy.”

“It’s a buzzing and vibrant ensemble drama whose unruly cast pulls our focus in a dozen different directions at once, but also one that always returns our attention to the earth shifting under their feet... Sometimes the film is so unhurried that it seems like it will last forever, but — as at the end of any magical summer — it ultimately leaves you wondering where all of the time went.”

“The enthralling Alcarràs could easily win the Golden Bear, and it’s very unlikely anything else would be a more deserving choice. Carla Simón’s superb film about a farm in decline is proof that fiction is sometimes the most powerful way to uncover the truth. The scope of the film is so personal and contained: it’s all about the rich credibility of the family tree, the sense of this lot pulling both together and apart in a bristling tug of war. Simón’s ability to coax the children into the most natural acting you’ve ever seen remains extraordinary. Hugely accessible. It’s hard to imagine a documentary about a non-fictitious Solé family that could truly feel more genuine. It manages a light, improvisatory mastery, an immaculate hold on tone, and a grave yet sunlit tableau of an ending that you’ll never forget.”

“Simón redefines and expands the forms of beauty with a bold, intense and unforgettable exercise in resistance cinema. A revolution, a monument, one of Michelangelo's yawning slaves freshly extracted from the hard marble of the reality. It is cinema that is made and unmade in front of the viewer's gaze as a miracle of clarity, of tenacity, of commitment, of simple and elemental beauty. It is cinema that makes us better. It is such an unlikely and scarce cinema, so delicate and unique, that the only possible reaction is profound enthusiasm.”

“A stirring ensemble piece... While the narrative might have benefited from more robust shaping and momentum, this is a heartfelt drama about the wrenching clash between traditional agriculture and industry.”

“Moving and political, of great subtlety yet accessible. A favorite when it comes to betting on the Golden Bear.”

“The power of Alcarràs lies in the filmmaker’s care for and understanding of her subject which, as with Summer 1993, is a story taken from her own life and examined on screen with a deceiving charm that gives way to a deeply emotional narrative.” 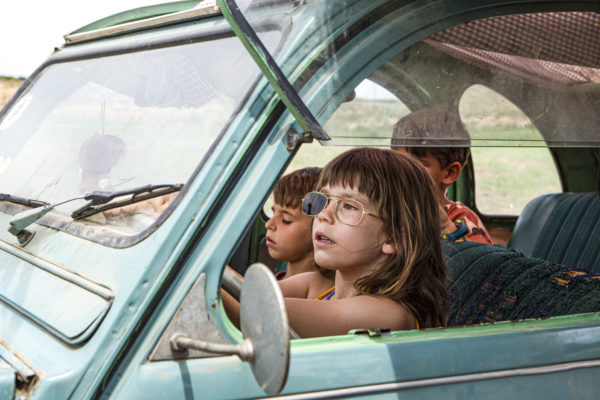 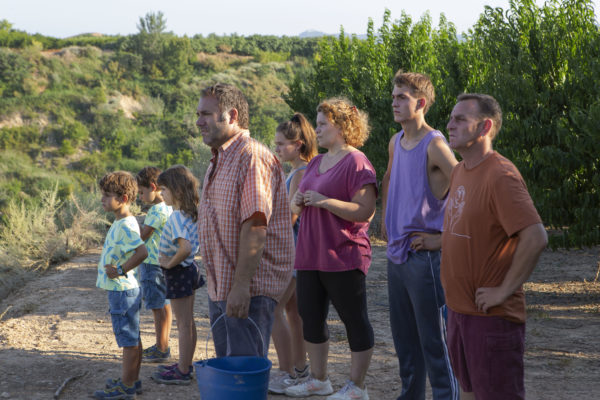