A PAGE OF MADNESS

A film by Teinosuke Kinugasa

A Page of Madness is an experimental movie made by a group of avant-garde Japanese artists, the “Shinkankaku-ha”, in 1926. The film was hidden by the producer Kinugasa, and forgotten in his garden during World War II, until 1970.

Being experimental, the editing of the movie and the fact there are no titles, makes it hard to discern a classic plot, but one can tell it takes place in an asylum. The main character is the janitor, a former marine, whose wife is one of the patients. One day, their daughter comes to the asylum to announce her recent engagement to her mother.

Following that event, a lot of side stories and flashbacks will occur, allowing us to discover why the janitor’s wife is a patient or why his daughter does not know he is a janitor in the asylum. The mother tried to drown herself with her baby, but she survived the incident. Her husband tries to get her out by causing chaos in the institution.

The movie did not have the success Kinugasa hoped for, but is now considered to be one of silent cinema’s masterpieces.

Newly restored in HD, new score by the Alloy Orchestra 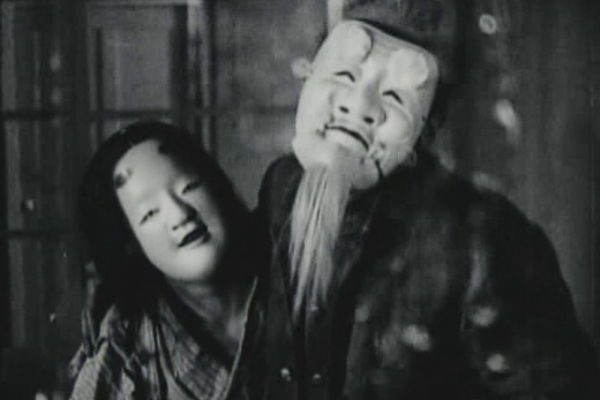